About the SUDA project

Our first major project began in 2016 and covered three countries in Africa. Known as the SUDA project, its aims were to:

The SUDA project involved working with people who had been practising for 20 years or more, but in a different way from contemporary  practice. Head of programmes and development Sidy Dieye knew the region well. He’s worked extensively there and is from Senegal originally.

Our first step was to assess the existing curriculum in each country and identify what was needed to bring it to an appropriate standard. We then looked at developing a CPD programme to respond to the needs expressed by the .

But we knew that a lot more was needed to sustain the gains after the project ended. It would not be enough just to descend on each country for the duration of a project, then leave them to it.

Our intention was to leave the in each country with the skills to continue their development long after the World project finished.

“They have to come to a level where they realise nobody can do it but themselves,” says Sidy.

The French-speaking part of the Africa region already had some well-developed courses in Rwanda, in Ivory Coast and also in Benin, where the Belgian government had supported courses.

“So we invited Benin, Ivory Coast and Rwanda to get involved,” he says.

The group created a networking and resource-sharing WhatsApp group that offers mutual advice and support for more than 150 physiotherapists from 12 countries. The forum, known as the Rassemblement des Physiotherapeutes de l'Afrique Francophone (RAPAF) is now a good exchange platform for physiotherapists in French-speaking Africa.

The SUDA project ended in 2018 but its legacy remains. Local associations have taken responsibility for continuing the work by providing face to face as well as online courses, while also engaging their authorities in helping to develop the profession.

The professional associations in Morocco, Madagascar, Ivory Coast, Senegal and Mali have joined World . Niger was already a member when the project started.

Impact of the SUDA project

As for influencing, the raised profile for the profession has led to talks with government officials in Senegal to discuss how physiotherapists could help develop programmes for those affected by the Coronavirus outbreak in 2020. And in Ivory Coast, the ministry of higher education requested assistance from World to support the development of an MA programme.

“It has also raised the level of physiotherapists through training in leadership, management and techniques,” he says. “All this has positively changed the visibility of the profession in these different countries, both at the level of the population and of the politico-administrative authorities. It also strengthened the ties between physiotherapists in each country.

“SUDA encouraged the establishment of a network of physiotherapists, including even countries which the project had not considered at the start. This network has strengthened and perpetuated exchanges between physiotherapists, which will help improve care for populations.” 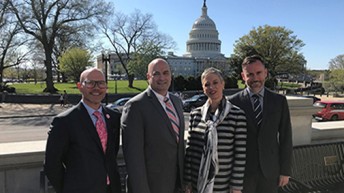 WCPT has shared the success story of the SUDA project during a visit to Capitol Hill in Washington, DC. 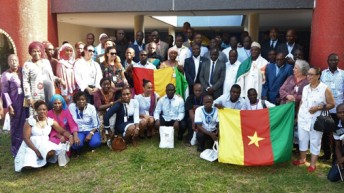 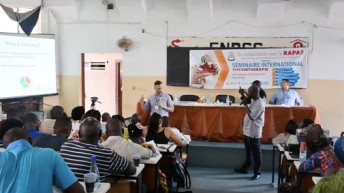