There are several categories of award, which are presented every four years when the general meeting and congress take place in the same year. The most recent awards were presented in Geneva, Switzerland, in May 2019.

More than one award may be given at the time of each general meeting.

Nominations are accepted from member organisations, regions and subgroups. All nominations should indicate the area in which the majority of the nominee’s work has taken place.

View the 2019 recipients of this award.

Previous recipients of this award include: Lorena Enebral Pérez (posthumously) and Daniel Wappenstein Geller in 2019, Diana Hiscock in 2015, Ann Schmidt in 2011, Alberto Cairo in 2007.

Usually, only one award is given at the time of each general meeting.

Nominations are accepted from member organisations, regions and subgroups. Nominees for this award may have carried out their work at a national or international level and their work may take place in one of a variety of sectors for example non-governmental or humanitarian organisations. Nominees may have made their contribution as an employee or volunteer.

Previous recipients have included Christina H Opara in 2019 and Padmani Mendis in 2015.

Only one award is given at the time of each general meeting. 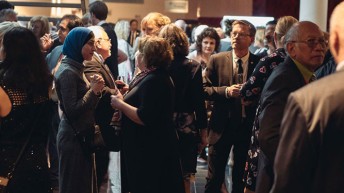 Photos from the 2019 awards dinner 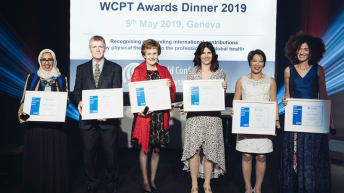 Read about the winners of the 2019 awards